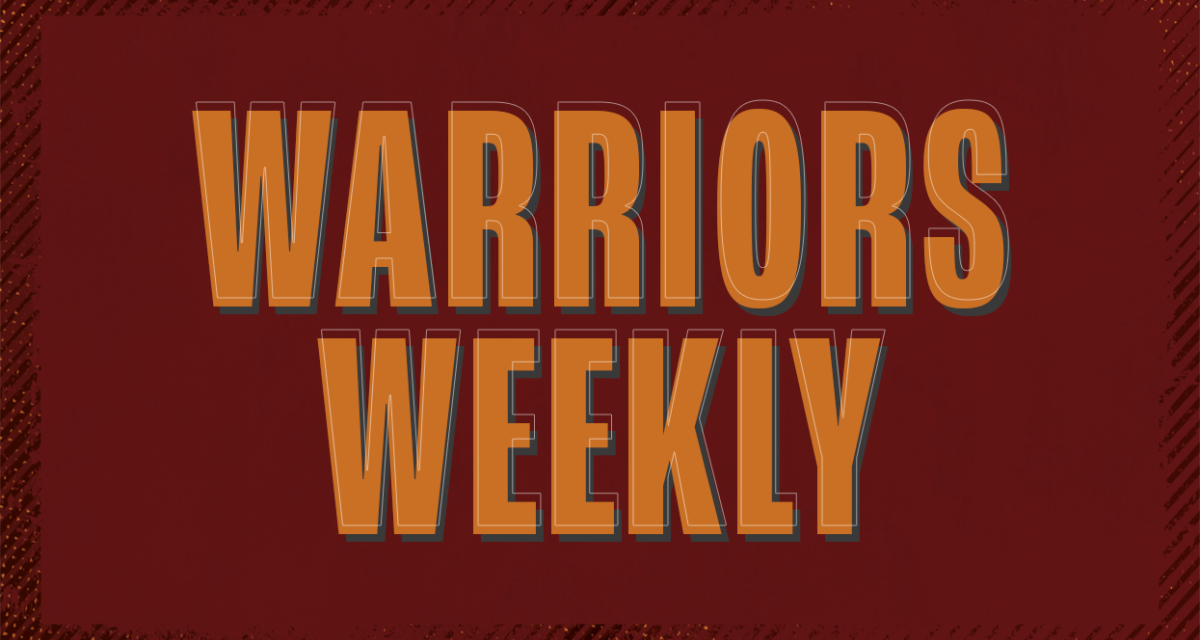 Hello and welcome back to another edition of Warriors Weekly. It was back to League action for our men’s side, whilst our women’s team had the week off. We also saw two long term members of staff retire this past week. Read on to find out more.

Margaret is a ‘well kent face’ in Scottish football, having been the link with the football authorities, match officials, players, visiting clubs and supporters for many years.  She has also been heavily involved in league business, particularly through rules committees and the safety officer’s association.

Margaret’s knowledge and experience of the inner working of football administration has ensured that the club has stayed on the right side of the rules whilst maintaining strong links with both the Scottish FA and the SPFL.  She has spent over two decades looking after dozens of players, many of whom have remained in touch with her and often drop by to say hello.

She has been the voice on the end of the phone for enquiries, and the person to deal with when you need something done.

Margaret will be sorely missed, and everyone at the club wishes her all the very best for her upcoming holiday, and many happy years of retirement.

Oscar has worked as the Men’s First Team Kitman for many years, working alongside many different coaching teams and players. He was more than a kitman to many, becoming someone the players could talk to if they had any issues (an ‘agony aunt’ as he calls himself).

Oscar would also get involved in our community programmes, mainly taking part in the Walking Football, even represented the over 35s in a charity match a few years ago.

Oscar will be missed, and everyone at the club wishes him all the very best in retirement. We hope to see him down supporting the Warriors, if we can pull him away from Tynecastle that is!

Swifty was forced to change his shape as injuries are beginning to mount up with 3 out of his preferred back 5 all all missing. Crighton, Jamieson and Yeats all miss out.

Scott Walker comes into the side to make his first start since the 3-1 loss to Elgin City in the SPFL Trust Trophy as he takes up the left back position. Dan Higgins and Adam Corbett make up a middle pairing with Mikey Miller on the right completing the back four.

Ross Philp moves into a centre midfield role alongside Nat Wedderburn. Ross Forbes takes the captains armband and starts on the right with Euan O’Reilly on the left.

Tam Orr starts his first match since the 2-2 draw with Annan and he’ll be looking for his first goal since Bonnyrigg at the start of the month. Top scorer Matty Yates partners Tam up front.

Albion Rovers come into the game at the foot of the table. Despite this, they have the 3rd best defensive record in the league. And although The Warrior’s goal scoring abilities aren’t an issue, their current defensive issues will always make Saturdays a rollercoaster ride.

The Warriors created the first good chance of the match with Matty Yates sending the back wide to Euan O’Reilly who managed to skip passed 2 defenders and loop a dangerous cross into the back post. Tam Orr rose well but his header was well saved by Leighfield in the home goal.

The home side’s first chance was just a few moments later, but Wilson’s tame effort was easily held by Brennan. A

Albion Rovers did almost have the ball in the back of the net a few moments later, but it was at the wrong end! Euan O’Reilly swung in another dangerous cross with the ball being cleared but bounding off the defender and going inches wide for a corner kick. It could’ve went anywhere, but The Warriors have to settle for a corner, which is dealt with by the home defence.

As the half was edging towards a 0-0, Albion Rovers piled on the pressure as they looked for the opener. Malcolm tee’d up Kyle Fleming who saw his 25 yard drive tipped onto the crossbar by an amazing save by Brennan.

GOAL: The growing pressure and confidence paid off for The Wee Rovers as the half closed. Charlie Reilly delivered a corner which was met by an unmarked Leslie in the box and his header found it’s way into the bottom. ALBION ROVERS 1-0 STENHOUSEMUIR [Jamie Leslie, 45 minutes]

A difficult first half for The Warriors who haven’t found their stride. As the half grew, so did Albion Rovers’ confidence and pressure. The goal was inevitable and Stephen Swift will be disappointed to lose a goal so close to the break.

The 2nd half mostly past without any incident until Stephen Swift made a treble change on 64 minutes. Will Sewell, Mikey Anderson and Adam Brown were all introduced and it only took a matter of minutes to produce a result.

GOAL: Anderson to Brown, Brown to Yates, Yates to Sewell, goal! The 3 subs all played their part in the build up and Matty Yates played a sublime pass through to Will Sewell who scored his 4th of the season and his first since the 3-1 victory over Stranraer back at the start of September. Another assist for Matty Yates too, his 9th of the season! ALBION ROVERS 1-1 STENHOUSEMUIR [Will Sewell, 70 minutes]

Another change for The Warriors, this time it was forced as Scott Walker limped off with a possible calf tear. It’s another setback for Swift who’s now looking at having 4 injured defenders. Niyah Joseph comes on for the last 16 minutes.

GOAL: Just seconds later, the home side retake the lead. Charlie Reilly drove down the left passed both Forbes and Miller and drilled a cross across goal. Callum Wilson met the ball in the box and drilled home with 15 left to play. ALBION ROVERS 2-1 STENHOUSEMUIR [Callum Wilson, 75 minutes]

Into the final 5 and Dan Higgins played a long ball over the top to Matty Yates, the defender managed to get in the way but Matty chased the ball down to the corner flag and was fouled. The striker quickly picked himself up and took a free kick to Ross Philp who drove into the box and fired the ball across goal. Ross Forbes was there to meet it and his shot was blocked on the line by Ewan Wilson, unfortunately, it was his hand that made contact and although there’s little he could do, the laws of the game indicate a penalty quick and a red card.

GOAL: Up steps Ross Forbes and his penalty was well placed into the top corner for his first of the season. ALBION ROVERS 2-2 STENHOUSEMUIR [Ross Forbes, penalty, 85 minutes]

The Warriors were quick to get the game going again as they pushed for a late winner. And it was Niyah Joseph who had a glorious chance to net his first of the season. He set himself up well following a lay off by Matty Yates, but his right footed drive came back off the crossbar. Ross Philp eventually got a shot away in the scramble, but it was just wide.

Given the league positions before the match, this could be seen as a disappointing result. However, given recent results in Coatbridge and the injury list, a point is welcome, especially against such a stubborn defence. The inability to hold onto a clean sheet is still proving costly though with The Warriors last clean sheet coming against today’s hosts back in July.

WarriorsTV spoke with Stephen Swift following the match. You can also watch the highlights from the match HERE!

We’re back at Ochilview in League action on Saturday as we take on East Fife. The two sides met just two weeks ago, at Ochilview, in the Scottish Cup, where the Warriors won 2-1. The Warriors also won the other meeting between the two sides 2-1, that time away from home.

Admission is set at £14/9/5, with tickets being available through the Fanbase App, you can also pay at the gate.

Following back to back away matches and a week off, it’s back at Ochilview Park for women’s side this weekend, Airdrie are the visitors.

Like ourselves, Airdrie had last week off, with their previous result being a 2-2 draw at home to Falkirk.

A win for the Warriors could see them jump ahead of Falkirk into 3rd.

Sunday’s match will be live on WarriorsTV and if you’re attending the match, it’ll be a small donation to get in.

Scottish involvement in European Competitions is coming to an end this week.

Rangers fell to a 3-1 defeat to Ajax at Ibrox, which eliminated them from Europe, whilst Celtic lost 5-1 to Real Madrid and were already eliminated following last week’s matches.

Hearts will take on Istanbul Basaksehir later today to complete their group but like the Glasgow sides, they are already out.

Scottish Football’s 150th Anniversary celebrations will culminate in September 2023 with an anniversary Heritage Match between Scotland and England’s Men’s teams at Hampden Park. Click HERE to find out more. 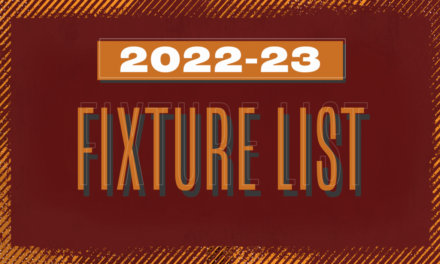 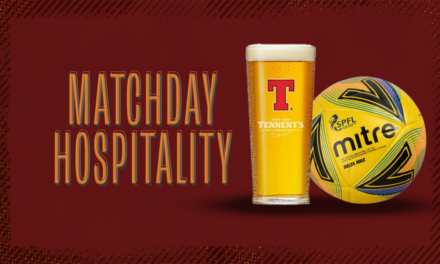