Warriors bolster squad with the signing of 4 promising young players

The club is delighted to confirm the the acquisition of the following 4 players.

Callum is a 19 year old goalkeeper who has featured in all the clubs friendly games. Erskine will provide competition to Graeme Smith and wil have the chance to learn off the veteran stopper. He was part of the Falkirk FC then Forth Valley Academies from the age of 9 and is also a graduate of the Scottish FA Performance School programme at Graeme High School. After finishing at the Academy he signed for Bury FC where he spent 2 years before moving back up to Scotland. Erskine is expected to feature in todays return to competitive action vs Edinburgh City while Smith continues his return from a shoulder injury.

Jack is a midfielder, born in 2001, who was also previously part of the Falkirk then Forth Valley Academies. Similar to Callum Jack also graduated from the Scottish FA Performance School programme at Graeme High School. After the closure of the FVFA Jack secured a contract at Hibs where he was part of the clubs U18 then U20 sides. During his time at Hibs Jack enjoyed a successful loan spell at Civil Service Strollers. Hodge also captained the Scotland Schoolboy team in 2018.

Born in 2002, Josh joins the Warriors after leaving Hamilton at the end of his contract. The centre back spent the majority of his development in the Hearts Academy, regularly captaining the youth sides throughout his time at the club. Grigor then moved to Hamilton and played regularly with the Accies reserves before the pandemic. Grigor also represented and captained the Scotland under 16s.

18 year old McQueen joins the club after progressing through the Celtic FC youth academy. Chris is a centre back who featured heavily for Celtic U18s before departing the club. McQueen represented Scotland at under 17 level, receiving 3 International call ups and playing twice for his country.

All 4 players have joined the club after impressing during pre-season and all are available for todays game.

WELCOME TO THE WARRIORS

You will receive his signed shirt at the end of the season plus photo/comoanies logo on the clubs website and your name/companies name in the team sheet. You will also receive 2 complimentary tickets to a game (subject to COVID).

NEWS FROM THE CLUB – Billy Kilpatrick 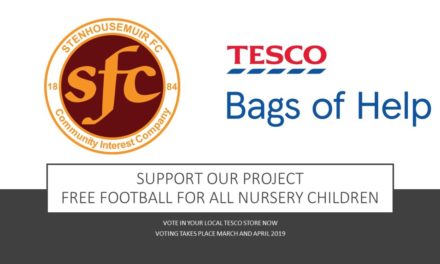 Vote for our project 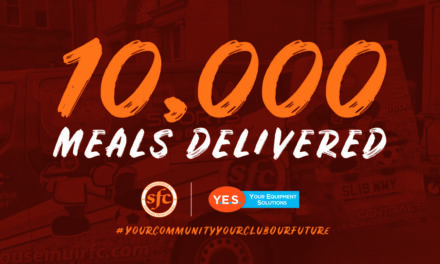