The club has learned that Arthur McTague has sadly passed away.

Arthur was the sports correspondent for the Falkirk Herald and spent 32 years covering Stenhousemuir matches, both home and away.  He recently ‘hung up his pen and pad’ in 2017.

He was always firm and fair regarding his match reports and as such, was respected by all around Ochilview.  He often talked about the Challenge Cup winning side of 1995 as the best Stenny team he had ever seen.

After retiring from match writing, Arthur continued to attend many Stenhousemuir matches and was a regular in the Bob Hill Wee Bar where he had a number of long term friends.

Arthur will be missed at Ochilview and everyone at the club extends our sympathies to his family and friends. 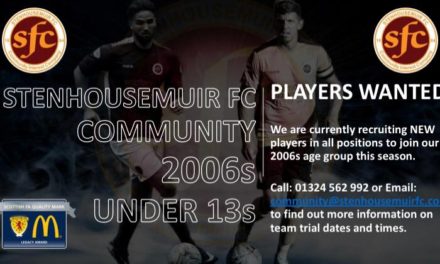