Be part of our #TeamTalk

It shocks a lot of people, but suicide is actually the biggest killer of men under the age of 45.

A recent Supporters Direct Scotland Scottish Football survey revealed that two-thirds of respondents have experienced, or have seen a family member or friend suffer from, poor mental health.

SAMH is working on something, and it could be massive, but we need your help.

They’ve put together a short survey which we’re asking supporters to help us out by answering.

The process we’re involved in will help SAMH shape up a major bid to secure the type of support which could help thousands of people across every club in the SPFL and beyond.

It won’t take longer than three minutes to complete, and if you leave your details we’ll enter you into a draw to win a pair of tickets to a home game at your club (subject to availability, T&Cs apply). 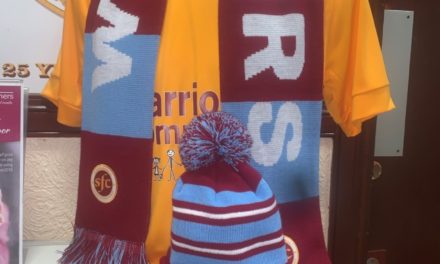